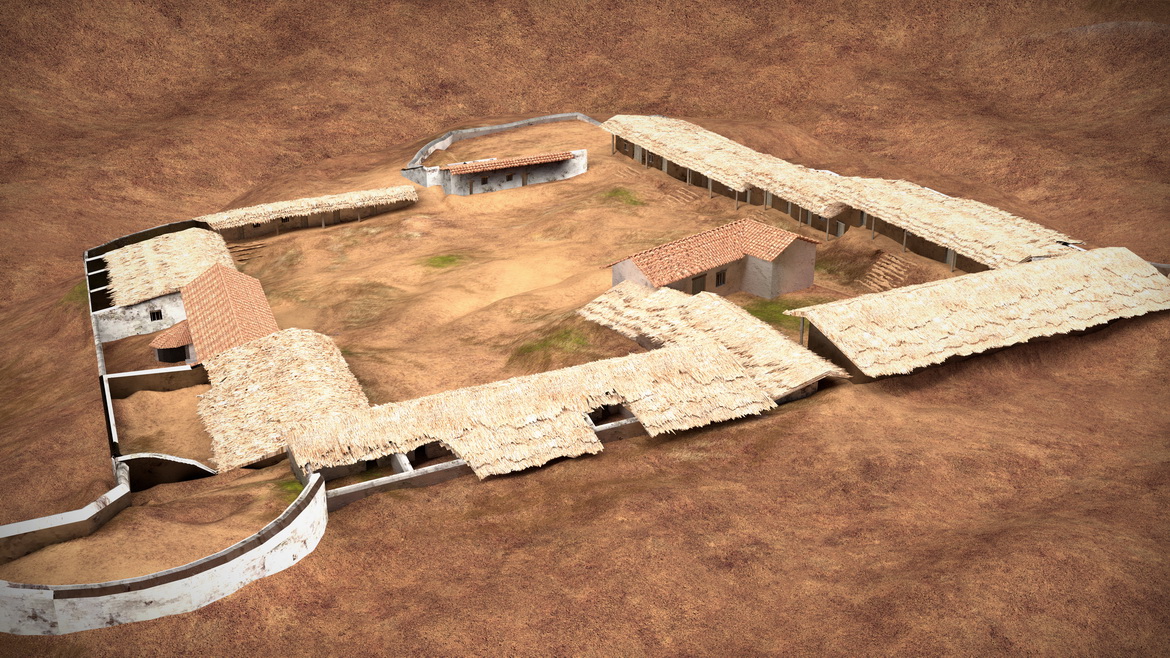 The Presidio Reál de San Diego, or Presidio, is the first permanent European structure built in what is today the State of California. Construction began in 1769 by soldiers and priests arriving from New Spain (Mexico), though construction was near-continuous over the next several decades.

The site was constructed just above the settlement of Cosoy, where native people (today called the Kumeyaay) lived, probably seasonally for thousands of years due to the proximity to both bays and the San Diego River. The site was built as one of many fortifications along the California coast in an effort to establish settlement rights and keep Russian and British ships from setting up trade.

The Presidio was active from 1769 until the mid-1820s after Spain ceded control of the region to Mexico in 1821. Made from adobe, the site quickly fell into disrepair once people moved out. Today, it is buried underneath the ground just west of the Junípero Serra Museum. 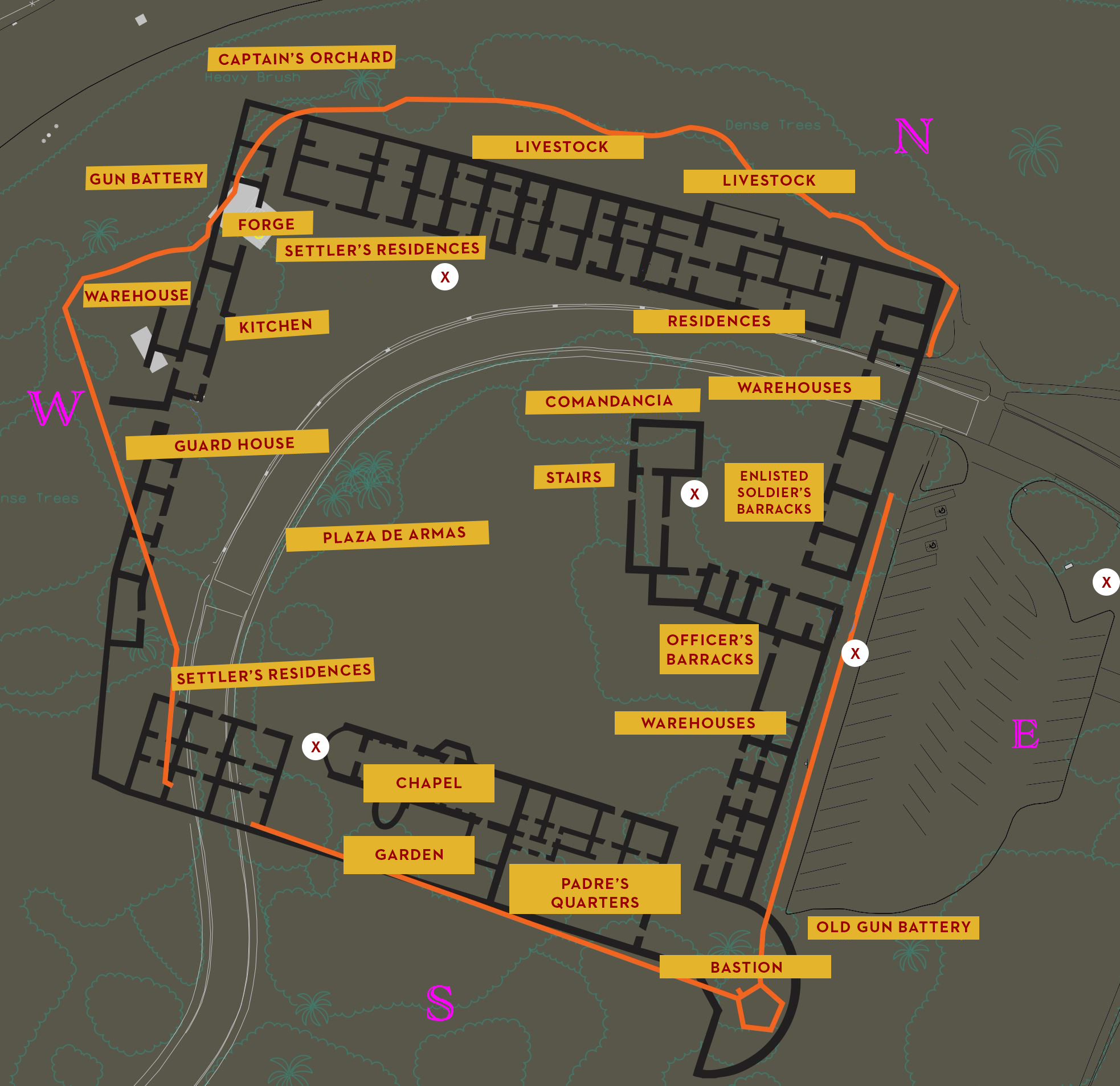 The Xs mark the locations you can view through your smartphone in 360 degrees! 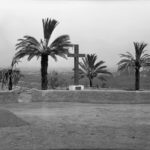 You are currently standing at the eastern-most wall of Presidio Reál de San Diego. Several archaeological excavations have occurred across the Presidio, but none along this particular wall. However, alternative evidence suggests that the horse stables were located in this area. If you were to face the ocean from this spot in 1790, you would have … 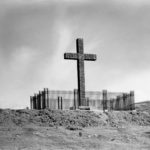 You are now standing where the Commandant’s quarters were located. The commandant was in charge of the protection of the Presidio and its inhabitants. The Presidio also provided defense for missions across Alta California, including Mission San Diego de Alcalá which is located about seven miles east in Mission Valley. While early 20th century Americans … 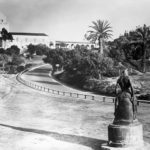 You are currently standing along the north wing of the Presidio site. This area was excavated in the 1990s, uncovering buildings that served as residences. Married soldiers that were stationed at the Presidio lived here with their families. The Presidio was home to more than 200 people at its height, all of whom lived within … 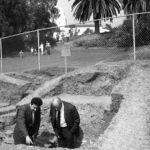 Excavated in the 1960s, this area was identified as the Presidio chapel which provided residents with a place to worship. While the first chapels here had been made of poles and thatch, it was constructed with adobe by 1783. The adobe chapel was comprised of a baptistery, nave, sacristy, and side chapel. Like many of … 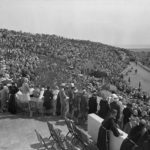 You are currently standing outside the Junípero Serra Museum. This building is not the mission. Rather, this structure was built in 1929 in the Mission Revival style to house the San Diego Historical Society (now San Diego History Center). Commissioned by George Marston and designed by William Templeton Johnson, it was dedicated on July 16, …